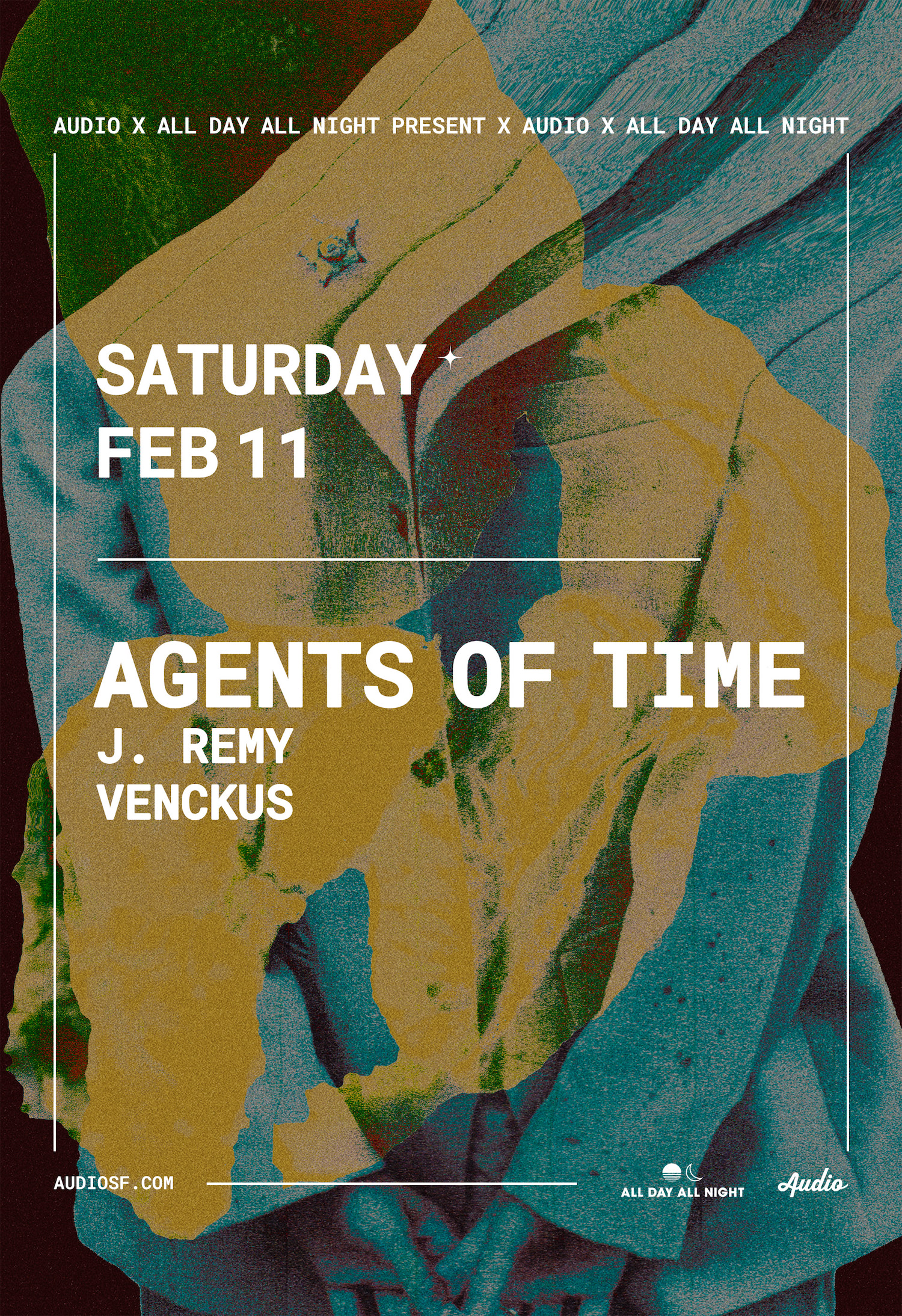 Italian duo, Agents of Time take control of Audio on February 11th presented by All Day All Night.

Agents Of Time is the project of Andrea Di Ceglie and Luigi Tutolo. A revered two ­man live act, DJs, masters of their sound in the studio.

Since starting their journey together as Agents Of Time, the two Italians have combined their talents and shared influences to become a globally in­demand dance act, releasing on a number of leading labels along the way. A much­loved debut 12” on Correspondent in 2014, ‘Polina’, marked them out as an exciting new name in the realm of emotional, melodic techno and kickstarted their touring career.

A hardware­heavy, improvisational live set spanning house, techno and acid is at the heart of what they do. The two members perform around a square table, facing each other, translating a symbiotic energy through the machines and communicating through instinct and gesture. A complex, unique and unpredictable dance between human minds and analog equipment that invariably creates moments of magic. Their live set was partly inspired by an expert of the craft in Mathew Jonson, and it is telling of Agents Of Time’s success that they now count Jonson as a collaborator. ‘Repeating Patterns, Numbers and Letters’, Agents Of Time’s first studio collaboration with Jonson came out in March 2019, following live shows together at Rex Club (Paris) and Movement Festival (Torino).

Agents Of Time’s DJ set, allows them to express the same vision through a more eclectic medium. The adventurous spirit and heady sound palette is channeled into house, techno and more obscure selections.

Their work in the studio is a free­flowing ritual, an extension of what they do on stage. ‘Spread The Word’, their debut album came out Stem Records in 2014 and was followed by hit EPs for Maceo Plex’s Ellum Audio, their own label Obscura and Curle Recordings. A relationship with Tale Of Us and multiple appearances at Afterlife events has also led to Agents Of Time signing to Afterlife with the stunning ‘Dream Vision’ EP and 'Paradigm' on the Realm Of Consciousness compilation.

The Agents Of Time are taking careful steps and showing themselves to be gifted, versatile performers with each one. Whether on record or on stage they finely balanced between experimentation and a straight dancefloor vibe.