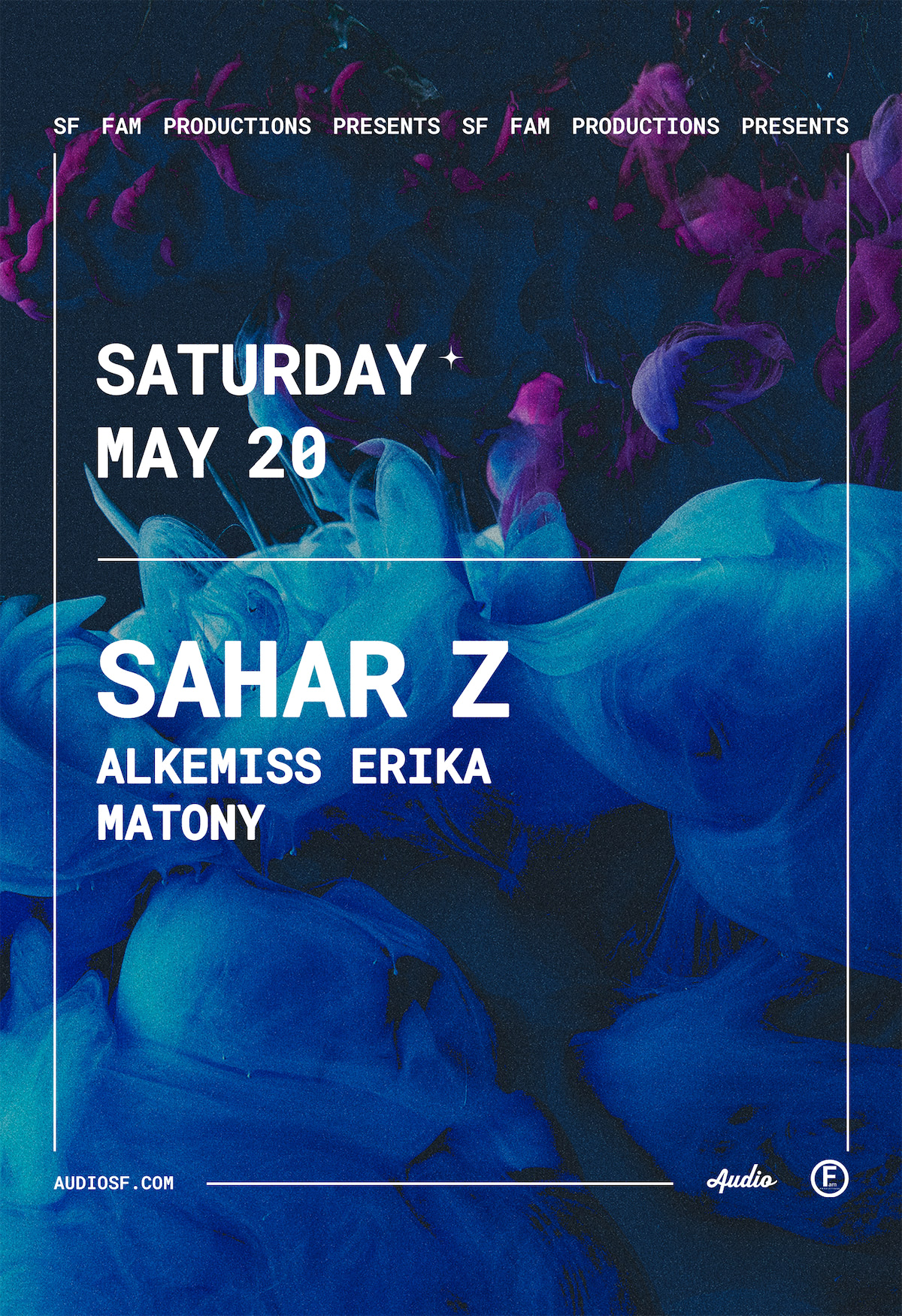 A true renaissance artist with an extraordinary history in the global music scene, DJ Sahar Z has continued to create tidal waves of success. A multi-award-winning DJ with an international touring schedule and a production portfolio that places him at the summit of the underground dance scene, Sahar Z is an artist whose reputation continues to grow at an exponential rate.

A headline DJ with magnetic attraction has seen the Israeli born star transfix audiences across the globe, with residencies in Jerusalem, Tel Aviv and from 2017 at “Sound” club, LA, seeing explosive growth in Sahar’s popularity. Continuing to build his fanbase and having already established himself with a ground-breaking performance at 2017’s Coachella Festival, alongside Eminem, The Weeknd and Beyoncé, a second appearance at the Empire Polo Club will see Sahar share the stage with the likes of Calvin Harris Fatboy Slim and Flume at the twice cancelled event, in April 2022.

Continuing his assault on the US underground scene into 2021, Sahar is currently resident DJ for the renowned Framework Productions. A Los Angeles based brand, whose reach extends across the USA through a plethora of events and club nights, its pinnacle is the iconic three-day “Art of the Wild” festival, held annually in Las Vegas with the likes of Camelphat, Seth Troxler and Nicole Moudaber in attendance. Furthermore, events including the renowned “CRSSD Festival” have also played host to Sahar’s talent behind the decks, with a 2019 performance at the San Diego event on the “City Steps” stage beside Stephan Bodzin and Maetrik, lighting up the city. The booth shared with a host of leading global names, from Solomun and Tale of Us to Black Coffee, Guy Gerber and M.A.N.D.Y., headlining sold-out gigs alongside Hernan Cattaneo, Patrice Bäumel, Agoria and Red Axes, Sahar Z continues to sit at the bleeding edge of the US dance scene.