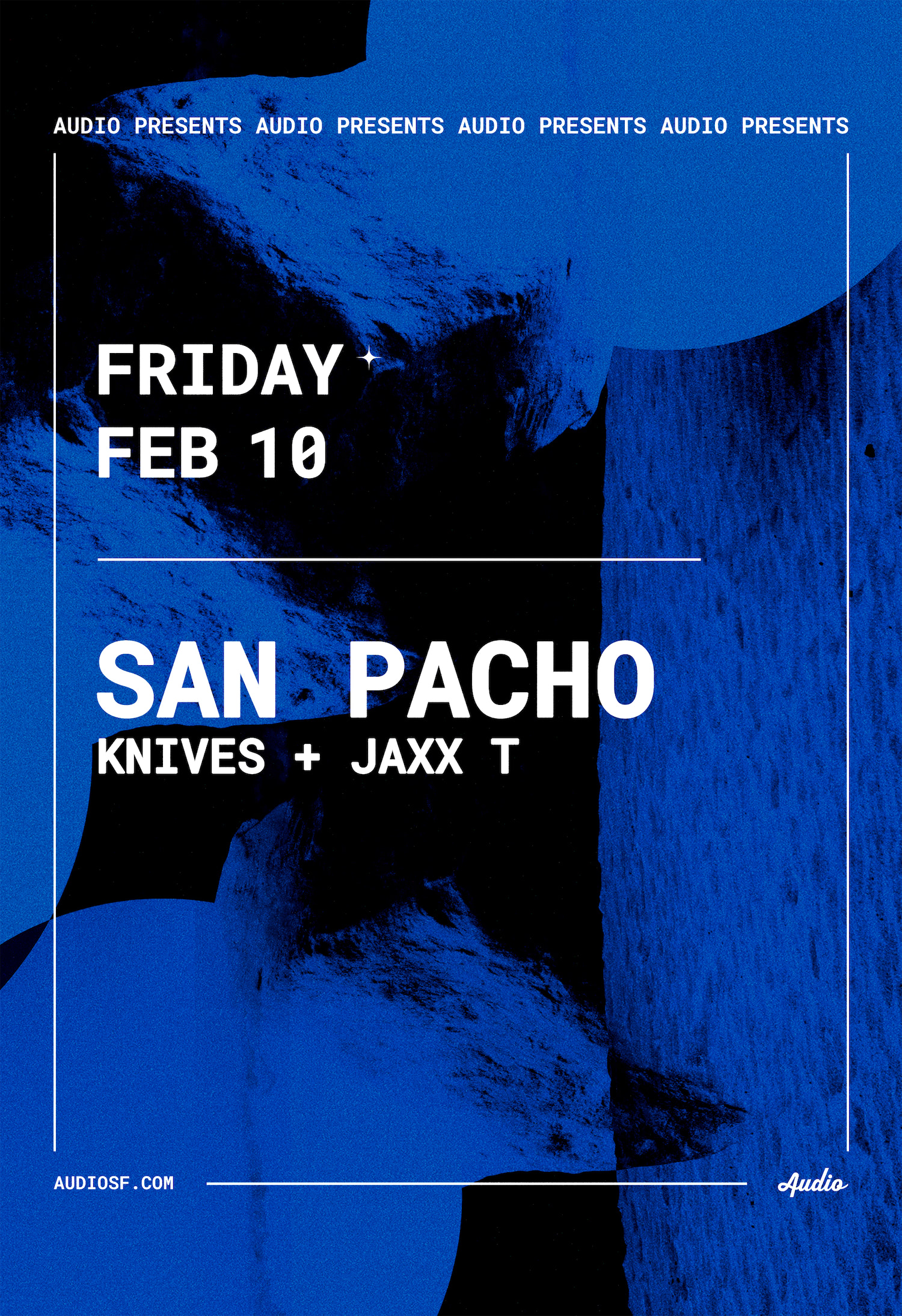 Audio is teaming up with Dirty Not Sorry to bring you rising star, San Pacho to the club on February 10th.

Born and raised in Croatia, San Pacho is a young, hungry house artist who keeps making the right moves at the right time. After launching the project only 3 years ago in 2019, he’s signed songs to Confession, UKF, Dim Mak, and others. His releases are commonly incorporated with genres such as tech house / club house, all of which hits a sweet spot that is hard to directly describe. Artists like Tchami, 4B, Wax Motif and dozens of other staple DJ’s can’t get enough of it, giving it their nod of approval and thus their support. Though rare, his remixes are always eye and ear catching and they commonly reach hundreds of thousands, if not millions of plays around the globe.Notable 2021 chart-topping hit “La Pasion”, a collaboration with fellow countryman Matroda, was Pacho’s introduction to the masses as it has received major worldwide radio, festival and club support.

2022 has also started off properly for Pacho as he made a debut on legendary deadmau5’s imprint hau5trap with “Pieces Of Me” and very soon after that boasted a 30minute mixtape by the name of “The Vault” which garnered attention from his fanbase, as it contained nothing but Pacho’s unreleased music.