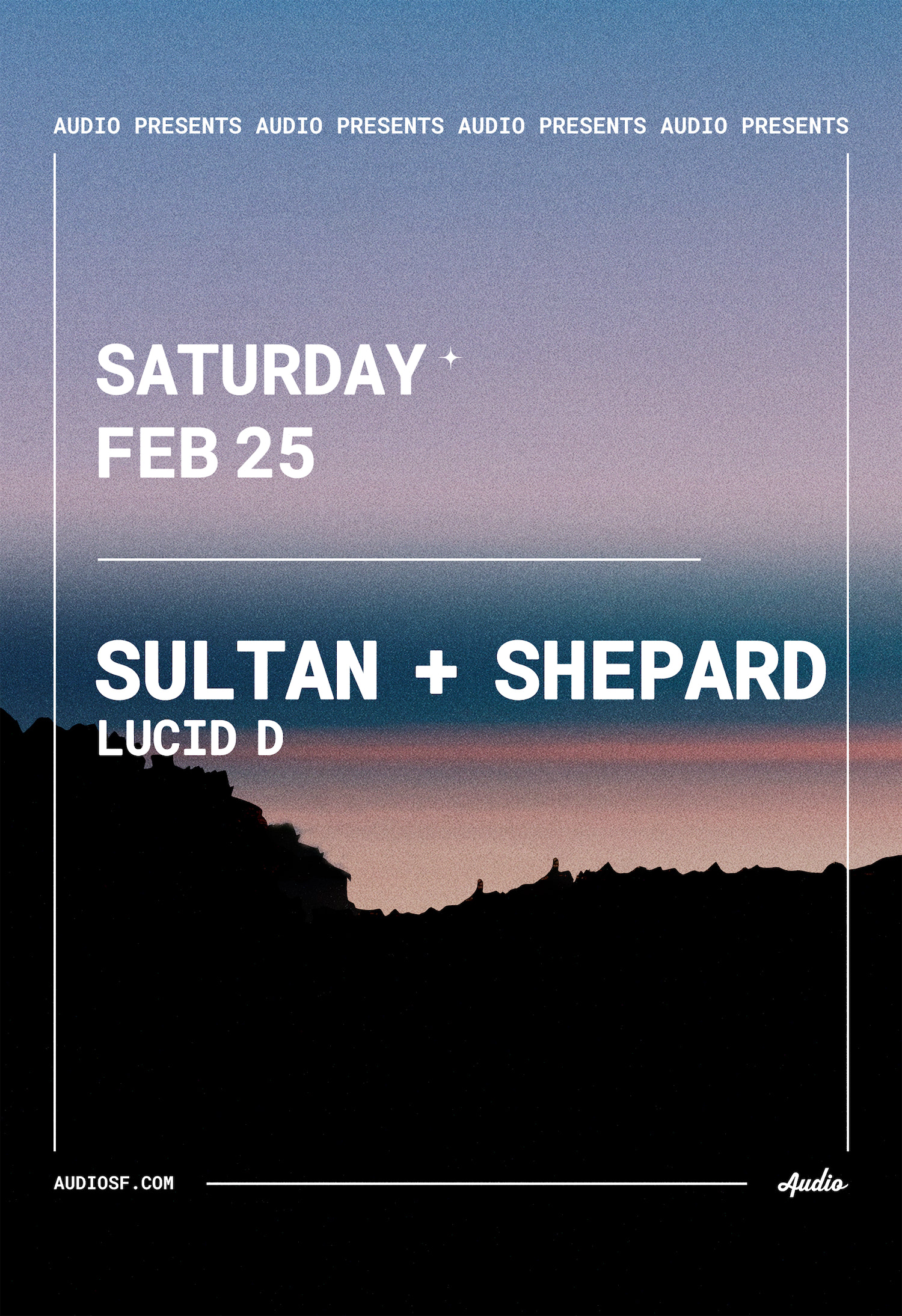 Sultan + Shepard make their way to Audio for their 'Forever, Now' tour on February 25th. We expect a sold out show, make sure to get your tickets asap.

“Life works in mysterious ways. One minute you’re doing one thing, then one decision later the whole path of your life has been redrawn” – Sultan

After a chance meeting in the after hours club scene in Montreal in the mid 2000’s, Ossama Al Sarraf and Ned Shepard quickly discovered that they had a natural musical chemistry. They soon began collaborating on original songs, remixes, and songwriting, officially forming Sultan + Shepard in 2010. From collaborations with revered EDM artists such as Dillon Francis, Tiesto, and Fedde Le Grand to remixes for major pop acts like Coldplay, Ed Sheeran, Lady Gaga, and Madonna, the duo established themselves as one of dance music’s leading partnerships. The 2012 release of their anthemic single “Walls” vaulted them on tour across the globe with stops at Ultra Music Festival, Tomorrowland, Mysteryland, and a residency at the Wynn in Las Vegas. In 2013, their remix of Bruno Mars’ “Locked Out Of Heaven” earned them a Grammy nomination. More recently the duo received the Canadian songwriters SOCAN Music award for International Song of the Year for “Bad”, the multi-platinum single which they co-wrote alongside David Guetta, Showtek and Vassy.

In the spring of 2016, the duo inked a multi-single deal with Armada. Love Me Crazy,” the first single under Armada, was released in summer 2016. Most recently, the duo reunited with singer Nadia Ali to release the folk inspired dance anthem “Almost Home” also featuring NYC based songwriter IRO which has 12 million Spotify streams and counting. Closing out 2017, Almost Home hit #1 position in the US Media Base Chart and peaked at #4 on the Billboard dance charts. This was followed by the melodic “Bloom” featured as the opening track on Armin Van Burren’s A State of Trance Ibiza.